Lately the mornings have been shrouded in fog. Slowly, slowly the fog lifts and the sun finally comes out, at least for a little while. It's getting colder and colder – there was even frost the other morning.

On my way to the studio by bike, I had to stop several times to photograph – it was so beautiful! 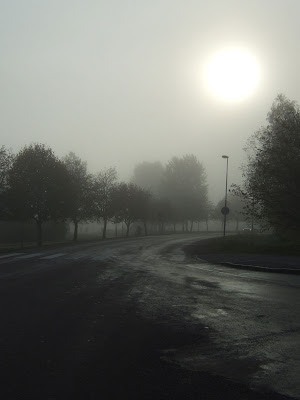 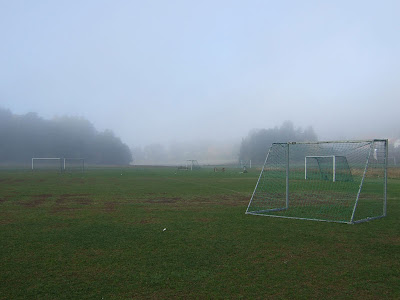 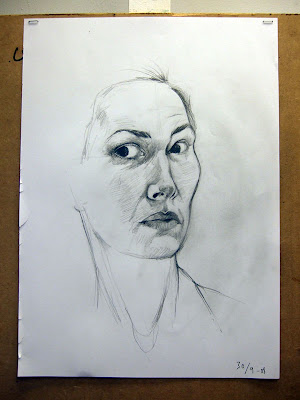 This weeks only self portait. That means only one day in the studio.
At least I've started on a new project, which feels really inspiring. It's a series of portraits and for the time being I call it People I never knew I knew. How many can there be? Lots and lots I hope. 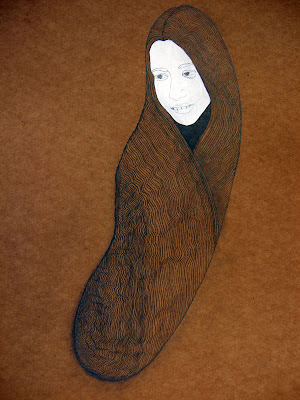 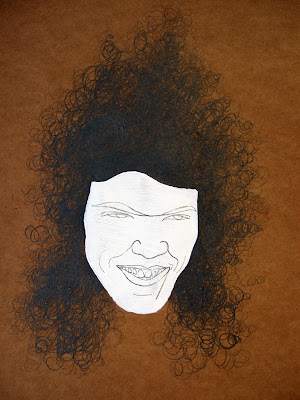 Have a nice weekend!
Posted by Cecilia Levy at 2:27 PM 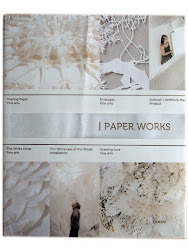 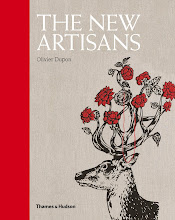